AKTARUM IS RELEASING TODAY THEIR NEW MASTERPIECE "TROLLVENGERS" WITH THE COLLABORATION OF ELLIOT VERNON FROM ALESTORM! 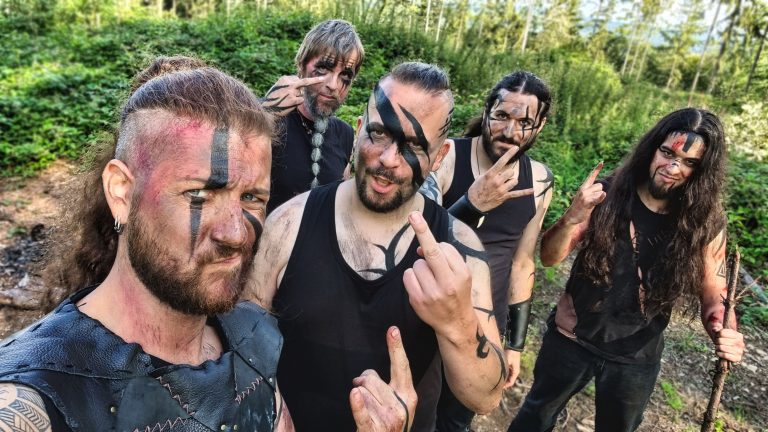 Belgian Trollmasters Aktarum return with an intense, feel-good blend of epic passages and memorable vocals in their new single "Pirates VS Trolls", extracted from their upcoming album "Trollvengers", counting with the collaboration of Elliot Vernon from Alestorm!

"During their quest, the Trollvengers needed some rest.

It is told that on a lost island, the Trolls brewed a magic beer, so powerful that only one sip is enough to knock out the biggest drinker, the perfect stopping place!
But what they didn't know is that they weren't the only ones to seek this beverage...
Black sails appears at the horizon, eclipsing the setting sun.
Beware brave heroes, your rest will be shorten!"
Aktarum is releasing today their intergalactic new album "Trollvengers”, a troll party metal masterpiece! The band distinguished itself with their “Troll Metal” sounds and stories, combining heavy loud riffing with epic melodies. Lyrically, these 5 trolls spread the tales and stories of the village of Aktarum, sharing their will of partying with everyone.

After releasing different albums and EP’s: “Gang of Trolls” (2009) and “Ragnatroll” (2018) and sharing stages with worldwide recognized names in the scene such as Eluveitie, Korpiklaani, Equilibrium or Heidevolk, among others. Expect fast and extreme drums, epic/clean heavy vocals and sharpened guitars, groovy bass and magical synth orchestrations. Are you ready to be trolled?

Also you can listen to it now on the Full Album video that is now uploaded on our Youtube channel! 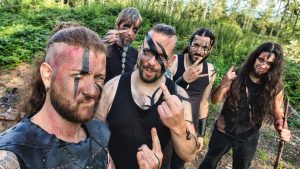 WATCH THE FULL ALBUM ON OUR AGR YOUTUBE CHANNEL!

STREAM IT ON SPOTIFY

AKTARUM IS RELEASING TODAY THEIR NEW MASTERPIECE "TROLLVENGERS" WITH THE COLLABORATION OF ELLIOT VERNON FROM ALESTORM!
TROLL METALLERS AKTARUM ARE FIGHTING LIKE WARRIORS ON THEIR LAST SINGLE "THE BLOOD OF TROLLS"
THE TROLLS AKTARUM ARE FLYING OVER OUR HEADS WITH THEIR NEW SINGLE "TROLL ZEPPELIN"
TROLL METALLERS AKTARUM UNLEASH HOT DETAILS FOR THEIR UPCOMING NEW ALBUM "TROLLVENGERS"
Other News
Follow us
ART GATES RECORDS
© 2023 Copyright. All Rights Reserved. ART GATES RECORDS.
Design by Majes
Privacy & Cookies Policy
|
Terms and Conditions