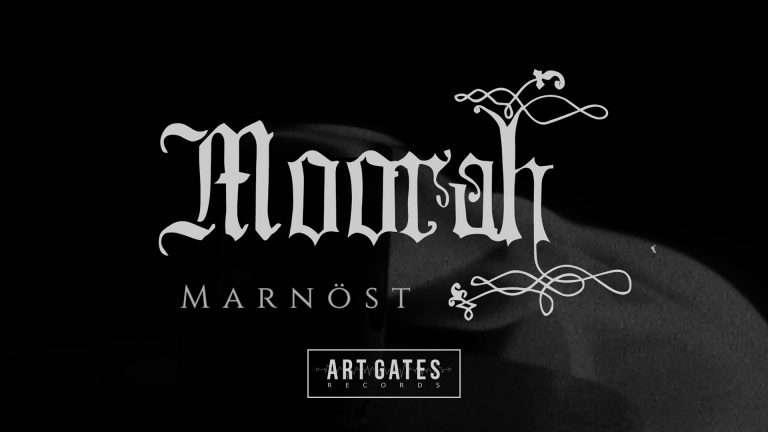 Moorah is releasing today their debut album “Marnöst Nad Marnöst”, a blackgaze post metal masterpiece! Moorah’s sound is based on the legacy of the Czech and Nordic black metal scene. This release comes with the stunning video of “Marnöst”.
In the words of Count Hroozah:

"The Marnöst track is, among other things, about blind faith, about the building of a rationalismic construct and its total collapse, which we are beginning to feel around us today. False prophets and false authorities have been building a false temple for centuries, painting the golden cross yellow, and now their edifice is crumbling very noisily," says singer and guitarist Count Hroozah about the video. "The place where we filmed is symbolic. It's the ruins of a cursed church that burned down twice. The first time it was set on fire by lightning, the second time by a spark during a witch burning..."

The band entrusted the filming and editing of the video to Daniela Dahlien Neuman. "Daniela was the obvious choice, we didn't consider anyone else. She has an eye for atmosphere, is a great graphic designer, which was needed, and sings in metal bands, so she tapped into the aesthetic we were going for very well. I think the end result is great, and the way she handled my 20 year old artwork impressed me," Count Hroozah adds. "I like the imaginative way Count Hroozah thinks - the script was perfect and it gave me maximum clues for the creation. You can see that he has connected it all in a meaningful way and thinks about his art. This is a formula that often surpasses even the polished and overproduced stuff that aims classically only at form," says Daniela Dahlien Neuman about the collaboration. "

You can listen to it now on the Full Album video that is now uploaded on our Youtube channel!