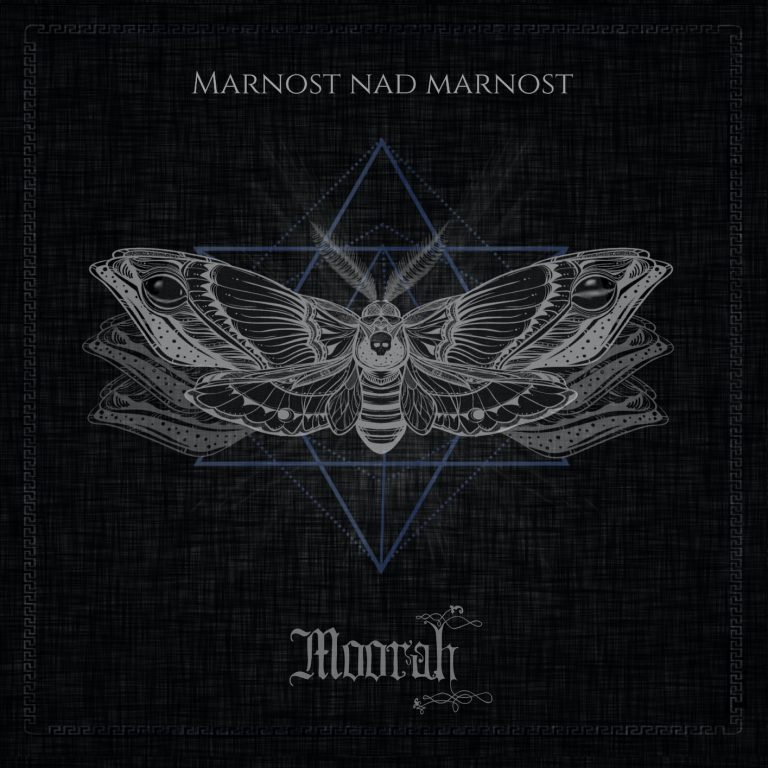 In the music of Moorah you can hear the elements used by classic Czech and Norwegian black metal acts, as well as other post-metal, post-punk and blackgaze techniques. Moorah’s music doesn’t succumb to the trend of overproduced underwhelming black metal; their sounds are created with the use of instruments self-crafted by the band: drums, bass guitar, guitars, even guitar effects are created specially for the album. Authenticity, intuitiveness and the power of the message is paramount in the music.

"Marnost nad marnost" has been recorded at various places (forests, car, abandoned wine cellar etc.) mostly during covid lockdown. The album is mixed and mastered by Martin "Amorph" Linda and produced by the band themselves.