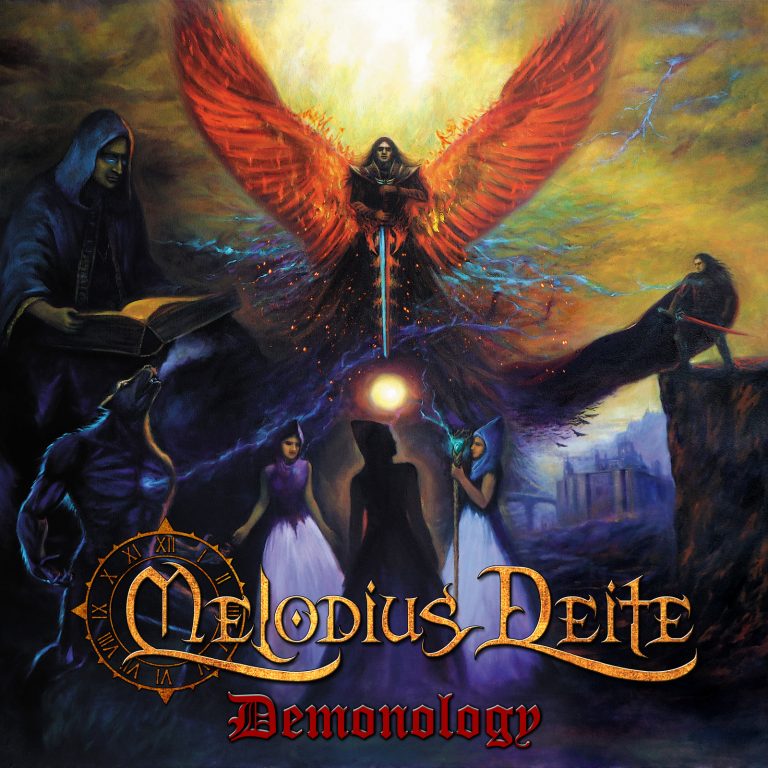 The Symphonic Power Metal band Melodius Deite are sharing exclusive new details about their upcoming album “Demonology”, that will be internationally released in 2023 via Art Gates Records.

This fantastic cover artwork has been designed by Thai artist, Sirayu Kanuchdit, and in words of the band it represents:
"This magically fantastic oil color painting artwork shows all the main characters involving in this mysterious big story. It's also represents our musical direction and moods of the album perfectly".

The Thai act explain their new sound in this way:
"Demonology, our 5th full-length album, is an epic fantasy power metal album with fascinating marvelous fairy tale kind of story. This time we go deep down into the darkness as the album title tells it all. We will take you to the accustomed dark side of well-known folk tales of mysterious characters like Lucifer, Watchers, Vampires, Werewolves, Witches and Banshees. We tell the story from a different perspective and metaphor. Well folks, be prepared for the magnificent powerful metal stuff presented in the form of Metal Opera with great talented guest vocalists! We are having so much fun making this album!".

Tracklist as follows:
1. Prologue of the Devil
2. Lucifer (The Fallen Star)
3. Knights of Heaven
4. Prince of the Nightfall
5. Warrior's Heart and Soul
6. Full Moon Howls
7. Heroes Strike Back
8. Witchery
9. March of the Empire
10. Overture of Silence
11. Prepare for Battle
12. Lament of the Banshee
13. Infinite Battle Cry
14. After the Rain (new version)

“Demonology” has been recorded at Melodius Deite Studio, produced by Biggie Phanrath, mixed by TBC and mastered by TBC.