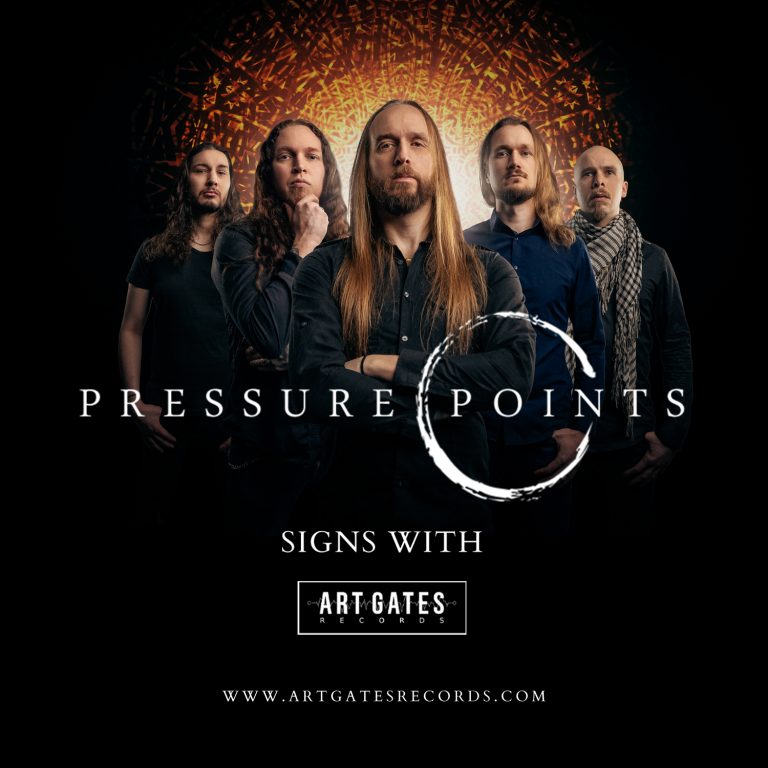 We are proud to introduce Finnish Progressive metal act Pressure Points as the new flaming combo to enter into the huge Art Gates Records family of international artists.

Pressure Points is a melodic metal act founded in Heinola (Finland) in 2004. Its music has been described as exceptional in the field of melodic and progressive metal, blending many different styles with a strong sense of melody combined with innovative and dynamic constructions. Porcupine Tree, Rush, Dream Theater and Leprous are among their biggest influences.

These metallers have shared stages with such international acts as Katatonia, Samael, Omnium Gatherum and toured over the North of Europe with well known names like Insomnium, Nile and Keep of Kalessin.

The time has come for these Prog metallers to break the rules with the release of their upcoming new album via Art Gates Records in early 2023!