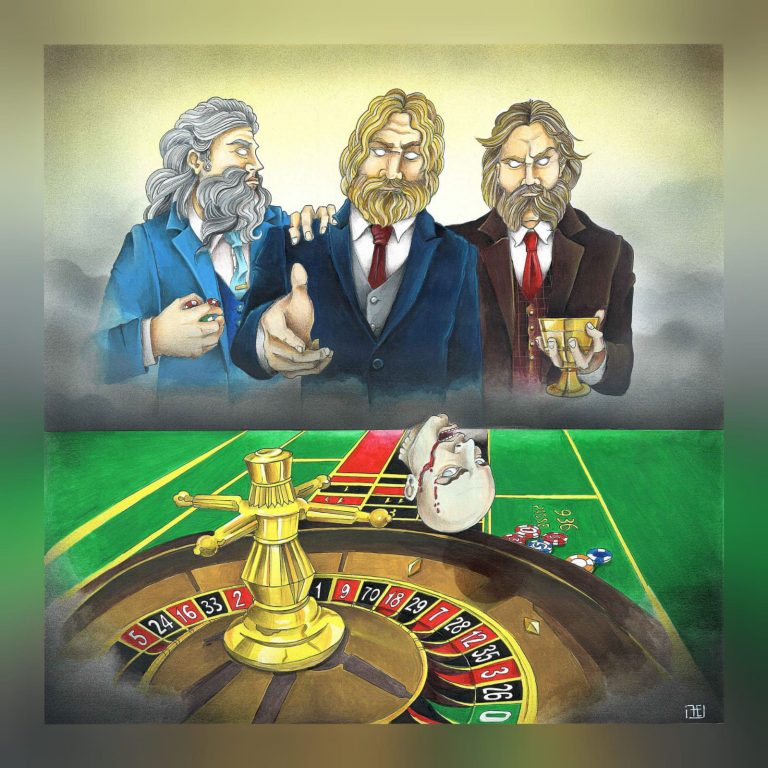 Are we in control of our own existence or are we mere spectators in a larger game?
Keep an eye on this reflection that Rejction bring us in this new opus entitled "36 Ways to Die"...

"The artwork shows three divinities who are playing with the human race. We believe that everything is caused by the fate and it's impossible to keep everything under control.
As a matter of fact people are always afraid that something's gonna happen to them and they're blaming God or they're looking for any kind of explanation or excuse. Shit happens!! There's nothing we can do and there are no dogma. In all our album there are many references to this vision.
People believe in "False God" as money, work, children, whatever that makes them feel better but they forget to live their life.
People are scared by "The contagion" which is represented by all those wrong thoughts and mentalities that affect their lives.
People believe in religion and prophets but this is leading them nowhere when they do not believe in themselves first.
The religion "themes" are present either in "Pure" or "Promised land"."

"36 Ways to Die" will be released on March 24th 2023 via Art Gates Records worldwide and features the sound that Rejction define below...

"It's the natural combination of different styles. We actually listen to many different things and this is evident from the tracks.
Maybe in the future the hardcore influence will be more evident or we will move to a heavier sound.
It's not planned. We just meet in the studio and start to give our own contribution to our music.
We are open to explore many different sounds and it's difficult to give a precise definition.
I would say that we move somewhere between crossover, posthardcore and metal."

This opus has been recorded, mixed and mastered at Till Deaf Recordings Studio close to Napoli.
Produced by Leandro Ferraiuolo.