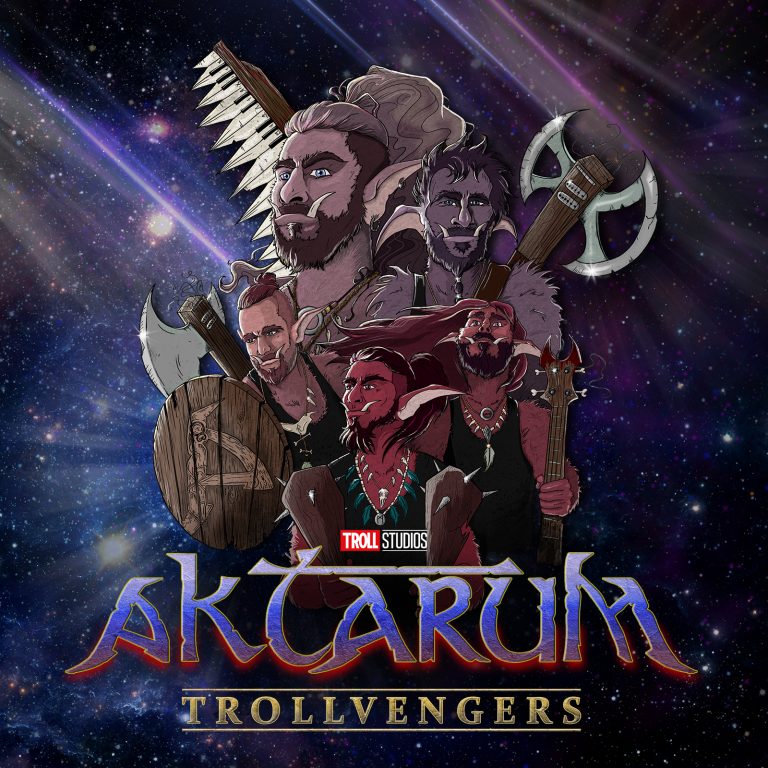 Troll Metal heroes Aktarum reveals the details of their cinematic brand new album, to be entitled "Trollvengers",coming out via Art Gates Records on March 18th 2022!

Aktarum is distinguished itself with their “Troll Metal” sounds and stories, combining heavy loud riffing with epic melodies...expect fast and extreme drums, epic/clean heavy vocals and sharpened guitars, groovy bass and magical synth orchestrations are the mantra of Aktarum. Lyrically, these 5 trolls spread the tales and stories of the village of Aktarum, sharing their will of partying with everyone.

After releasing different albums and EP’s: “Gang of Trolls” (2009) and “Ragnatroll” (2018) and sharing stages with worldwide recognized names in the scene such as Eluveitie, Korpiklaani, Equilibrium or Heidevolk, among others, Aktarum are ready for their definitive and third assault with “Trollvengers”!

"Trollvengers" has been recorded in Belgium, mixed and mastered by Brieuc De Groof. Produced by Troll Master.