DAWN OF EXTINCTION: THE STRIKING DETAILS ABOUT "FROM TEARS TO VENGEANCE" 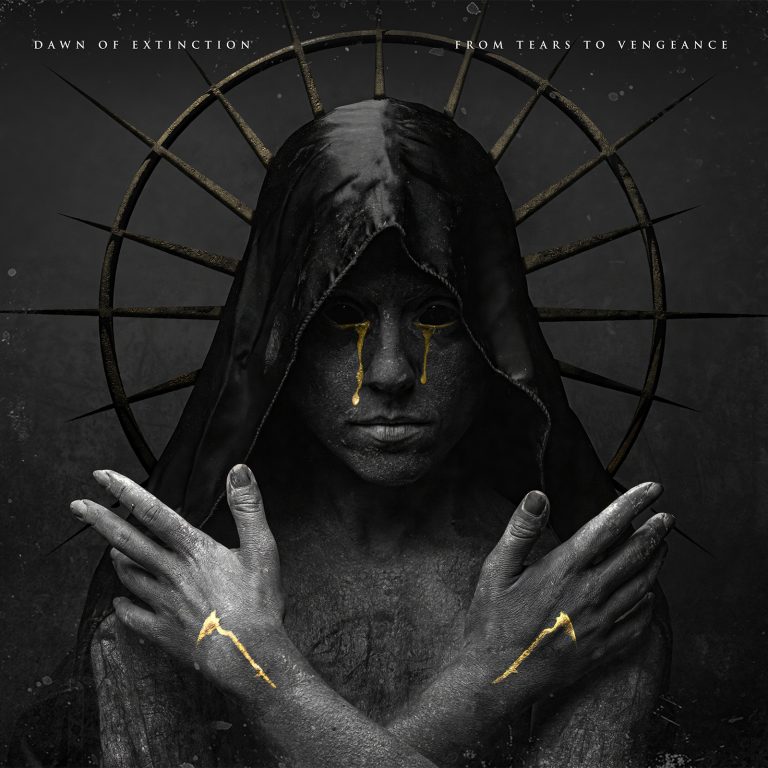 Dawn Of Extinction unveils astonishing details about "From Tears to Vengeance", the upcoming EP that will be released March 24th 2023 via Art Gates Records worldwide.

The astounding artwork of the EP has been conceived by Joe arca from Arca Design and according to Dawn of Extinction represents...

..."The three states one must go through after being in tears to get to the revenge itself:
On the one hand the state of pain produced by any event, represented with golden tears. On the other hand, the statue/stone's texture as an intermediate state of the dehumanization that exists in between pain and the act of overcoming it. And finally, the demonic trait represents revenge, symbolizing rebuilding oneself as something even more dreadful than any fear".

The evolutionary sound of this opus in the words of the band:

"We could define this album as a perfect evolution from our two previous albums, adding the new influences we have acquired and our particular progress as musicians. We have managed to bring our different influences forward throughout the album, from melodic death metal, thrash metal, black metal, to certain characteristics of the most traditional heavy metal, so that each song is an experience full of surprises where without leaving our course, we mix different variants of style. We have achieved our best mix of aggressiveness, forcefulness and melody to date and we are convinced that it will be very well received by the public".

Tracklist:
1. Beyond the Fear
2. Rise From Oblivion
3. The Monster Inside
4. Underrated
5. Haters
6. From Tears to Vengeance